Our programs are funded by a contribution of $3.65 a year to Oklahoma Elks Major Projects (or double donors - $7.30) and the Earl E. James Endowment Scholarship Program. Your investment goes to work immediately!!!!

Here's how Elks and non Elks alike can help all Oklahoma Youth and many others less fortunate than ourselves. Contributions will be welcomed by your Lodge Major Projects Director or your Lodge Secretary at any time. You will receive a "365er" sticker to be placed on your membership card. You can be a Double Donor and receive a Double Donor Lapel Pin. Display it with pride as a supporter of your Oklahoma Elks Major Projects.

Your Major Projects administers an endowment trust fund named after Past Grand Exalted Ruler, Earl E. James, from Oklahoma City. The Trust is funded by individual $100.00 donations (may be paid in four (4) installments of $25.00) for which you will receive a Past Grand Exalted Ruler Earl E. James Memorial desk set trophy. Any Lodge, organization or individual may make a contribution and receive a desk set.

Only the interest from the trust fund is used to provide The Art Bartunek Scholarships. These scholarships are presented to those who enter the Elks National Foundation "Most Valuable Student Contest" and who have not received a national award.They are also available to the children of Oklahoma Law Enforcement Officers killed in the line of duty. 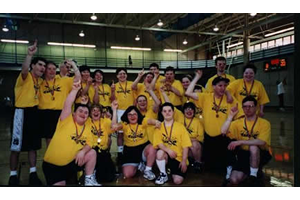 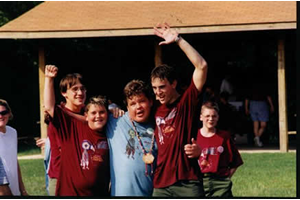 Special Camporee is a yearly event that allows special needs children to participate with an assigned Boy Scout Buddy in a weekend outdoor environment which includes canoeing, archery, field games, and crafts.
The extended weekend concludes with the Boy Scout buddies and the special campers sharing skits, songs, campfire and recognition of their accomplishments. 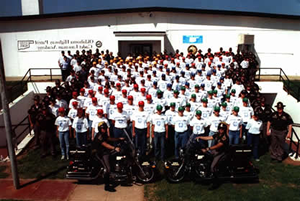 Cadet Lawman Academy is held in early June and is open to high school boys and girls just completing their junior year. The Cadet Lawman Academy is a partnership between the Oklahoma Elks State Major Projects and the Oklahoma Highway Patrol and brings 140 high school juniors to Burns Flat, OK each year to be schooled in defensive driving, firearm safety and respect for law enforcement.
It is a week-long camp put on by volunteer Highway Patrol and Law Enforcement Officers and is designed to give cadets a better understanding and respect for law enforcement. This program is funded by the Oklahoma Elks Major Projects and The Oklahoma Highway Patrol Troopers Association. Oklahoma Elks State Major Projects provides funding for the students and the instructors food, clothing and housing for an entire week. 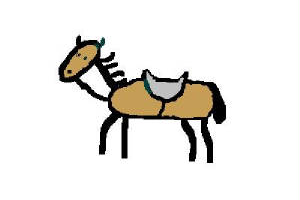 The Sky's The Limit Ranch

The Sky's The Limit Ranch offers equine therapeutic interventions for clients who's primary diagnosis range from Cerebral Palsy and Downs Syndrome to traumatic brain injury and strokes. The Sky's The Limit Ranch offers a profound physical and emotional experience by the riding of a horse that cannot be duplicated in a traditional exercise or clinical setting.
Their mission is to instill a hope for a brighter future, a dream of health and happiness and a world full of success in those they serve.